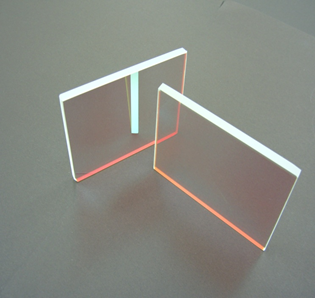 Highly transparent substances such as metal oxides are used for optical thin films.

Widely used as a material. Dielectric multilayer is a refractive index
It is a stack of two or more different thin films that have various optical performances.
Our core technology that can be obtained.

All our thin films are formed by the “vacuum evaporation method”. The vacuum deposition method is a chamber that is kept in a very high vacuum. A substrate in which the film material is heated to evaporate and the vapor is disposed above(Glass etc.) In general, in order to obtain high hardness and high adhesion, Heat to 200-300 ° C, but if the heat-resistant temperature of the board is low, Films can be formed without heating. In addition, for applications where minute changes in characteristics are a problem in special environments, Ion assisted deposition (film density byimplanting ions during film formation) We recommend non-shift coating by vapor deposition method to improve 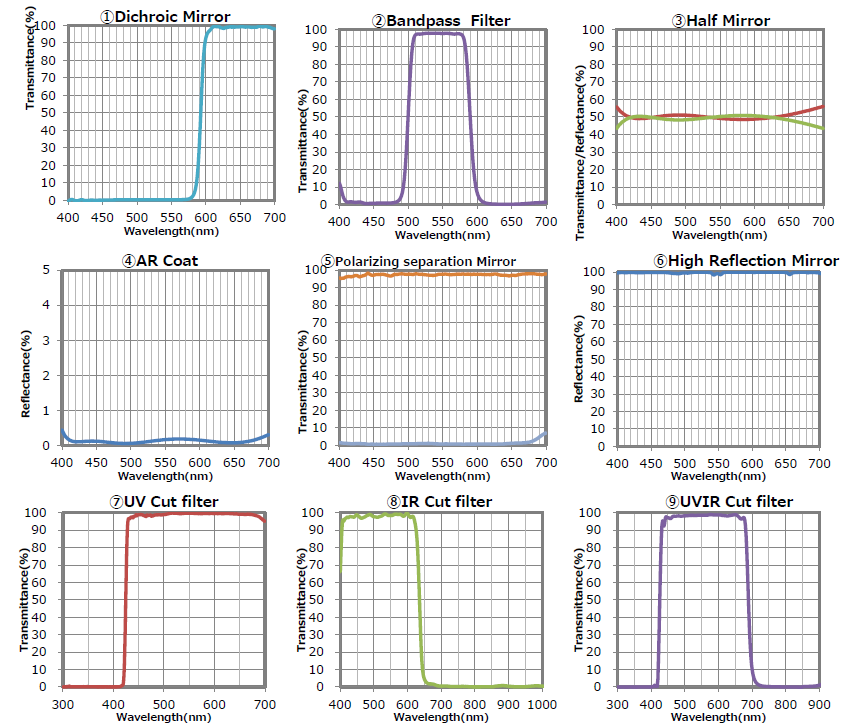